A downloadable game for Windows

"How terrible the touch of something silent and invisible"

The game "From Day To Day" is a psychological thriller in the first person.

WARNING: Epileptic seizures associated with increased sensitivity to light are Possible. Some people may experience seizures when exposed to flashes of light and flashing images that appear in a video game. People who have not previously experienced such attacks may not be aware of their illness. A reasonable restriction of the game audience is recommended.

You bought a seemingly ordinary abandoned house to start life with a clean slate after the tragic events in your family. Explore every door and every corner of this house, try to repair it, but be careful, because you are not alone in the house. Uncover the history of the previous owners to overcome fears and find an explanation for everything that was seen and heard in this house.

- Explore the abandoned house and surrounding area.
- Find secret rooms that contain the most terrible memories of events that take place in this house.
- Find out what secret hides behind the walls of the old house.
- Feel the atmosphere of horror and madness.
- The passage and ending of this story depends on you.
- The soundtrack will plunge you even more into the madness that will only grow.

The demo version is the backstory of the main game.

love it thank you

when the full game will be released?

Played the demo live on stream, I really liked it mang, GJ! < 3

and again,a awesome game!!! i will buy the full game as well ;) ty for this game

i really hope you keep making games. i love all your projects. keep it up dude

Really scary and beautiful graphics. Check out my video.

Great demo, really looking forward to playing the full version! Had a lil' bug with the transitions (9:06 and 11:15), but nothing major.

This made me almos sh*t my pants and have a heart attack. thanks hahah

man you guys are truly the kings of horror loved absolutely every min of this demo. If you feel like it come check out the video, I don't think i have ever freaked like I do with your games both this and summer of '58

If you like horror games then this game is a must see. This is from day to day by emika games. These developers are the true kings of horror. With the perfect atmosphere and impeccably placed scares this game leaves you on the edge of your seat wanting more. Come check out From Day To Day Demo and see what true horror is.
Reply
SwollenEyeGames1 year ago

Emika games always surprises me by how good their games are, one of the favorite publishers out there! A must play

awesome demo, i enjoyed it alot. can't wait for full game to be released. in meanwhile i will check your other games.

btw if you are interesed, here is video of you game:

The people in the game were so freaking scary. I cannot wait for the actual game to come out!

hi develop EMIKA_GAMES, how are you?  I'm going here to ask you something, if soon when the game is complete if it will be dubbed in Brazilian Portuguese, here in Brazil we like FDTD a lot, I hope your answer.

Hi! I'm glad you liked the game. Unfortunately, the translation will only be in English and Russian, perhaps in the future I will be able to translate into Brazilian and Portuguese.

Real nice, I'm all in

Thank you very much!))

WOW ! This is a high detailed, super creepy, well made demo!  Im looking forward for the full game play!Demo here:

Thank you very much!)) I'm glad you enjoyed playing!

When will the full version release?

I'm working on the game alone. So unfortunately there is no exact release date(( In steam, I also answered )

This was really good! If you're looking for a good spooky game give this demo a try!

Thank you very much!))

This game was so creepy and so trippy! I look forward to the full release! Someone remind me though to hire an exorcist and construction crew to fix the house up!

Thank you for playing!I'm glad you enjoyed playing! I'm working on the full version, I'll let you know!))

No problem! I look forward to it!

Emika Games, the game is very good even though i almost paid in my pants haha, i wanted to ask if soon there will be an Android and iOS version it is also language and subtitles in Brazilian Portuguese, I really liked your game and I hope your  reply ♡♡

Thank you for playing!I'm glad you enjoyed playing!

Reply
TheCardsharp1 year ago(-1)
From Day to Day was a pretty enjoyable demo. It gives you enough insight into what to expect from graphics, sound design, story, and lore, leaving you intrigued and wanting for more. It accomplishes this through the great presentation of the environment - an abandoned, dilapidated house - effectively using light (or lack thereof) and sound effects. If you take your time, the demo will take roughly 20 - 25 minutes. It's divided into three parts: gaining entry to the house, exploring the inside, and witnessing more strange events inside the house three days later.

For some, gaining entry to the house may not even be considered one part as it involved mundane tasks to get inside. Then again, the entire demo consisted of doing mundane tasks, but trying to find a way inside was rather pointless and an exercise in futility. According to the story, the protagonist purchased the house to renovate and start a new chapter in his life. You'd assume he would've been provided keys to the house after his purchase, but that's not the case, you have to find the keys at the start of the demo. One could only imagine what the protagonist must've been thinking of driving to the house about how he was going to get inside seeing as how the realtor didn't give him the key. Then again it's an abandoned house, so for the sake of argument, you could say he assumed the door to the house would be unlocked. I realize these are petty details, but this is where it gets really nonsensical because, as it turns out, the keys are located inside a room of the house on the first floor. It's easily accessed by prying the room's window open using a crowbar. Finding the crowbar wasn't easy (it was for me if you watch my video), I've seen other gamers spend more time than necessary because the crowbar blended well in the dark. That is to say, the graphic's contrast is strong; dark areas appear almost pitch black, and areas lit with the flashlight are sometimes drowned out by the light to the point you can't see details. Once you pry open the window to grab the keys, you're supposed to use them to open the front door, as if you couldn't just open the window wider and climb inside the house. As I said, this was an exercise in futility, and almost seemed like it was insulting the player's intelligence.

The rest of the demo was great. The tension created in the house was strong because of the use of light and sound and how well-designed the interior of the house was. I recommend trying this if you want a great acute scare. I'm looking forward to the release, and in the meantime will feature on my channel the Locked Up demo. I have the full game of Locked Up but haven't played it yet.

PS. - The use of the Friday the 13th font seemed too silly for me. There's nothing wrong with it, it just seemed uncreative using a font that's so recognizable to a franchise.
Reply
EMIKA_GAMES1 year ago(-1)

The demo starts a few hours before the events of the main game. You will understand what all these actions with keys and door bolts were for)

P.S The Friday 13 font is a reference to the immortal classic. I try to perform the game in the spirit of the 80-90's.

I'm even more intrigued now knowing the little details are addressed in the full version. I've wish-listed the game, and can't wait for its release!

Oh man I missed you guys so much. Locked up was my 3rd video on my channel and boy was that a ride. This one was shorter but a bit more intense. Would love to review the full game once it is out. Drop me a line!

Thank you for playing! I will definitely inform you about the release of the game!

And back down the rabbit hole we go. I was a huge fan of locked up and I'm loving this one too. It's always a ton of fun to get scared in your games since I have no idea what's going to happen next. I can't wait for the full game to come out!

Thank you for playing! I will definitely inform you about the release of the game!)) 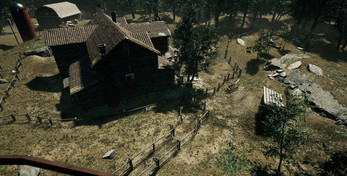 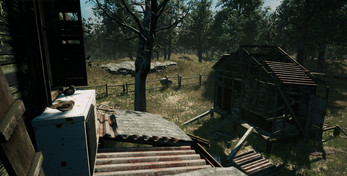 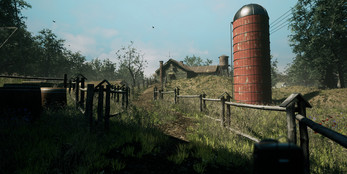 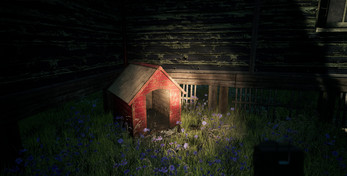 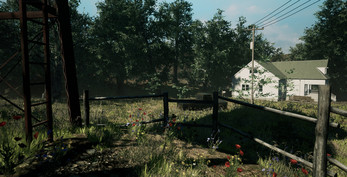 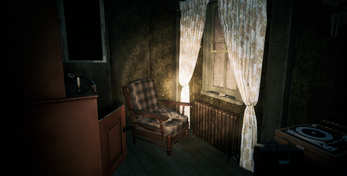 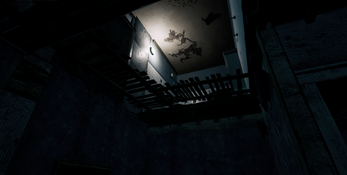 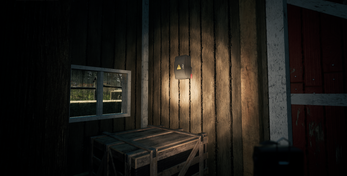 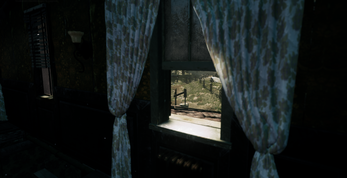 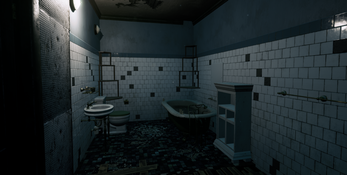 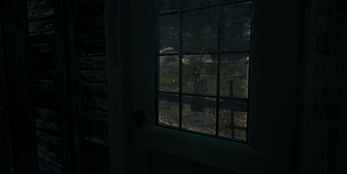